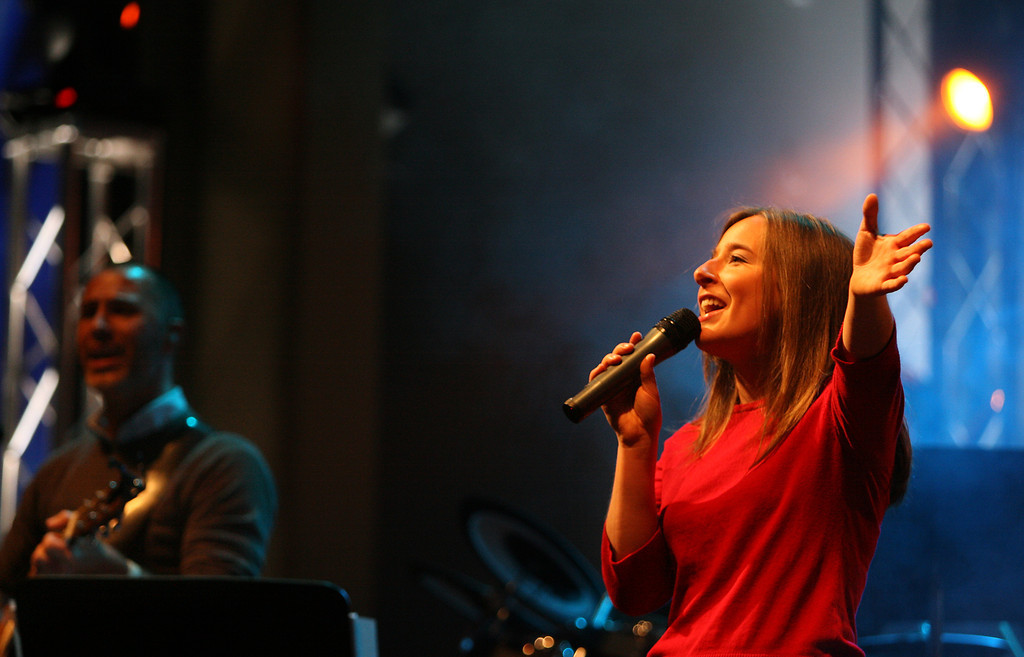 First of all – as in our last column – this post is NOT about volume, as in decibel levels, in church services. Rather, it’s about reducing the volume of the noise in our interpersonal communications.

I’m a musician by background. One thing I’ve learned about music is that it’s really all about communication. It may be communicating feelings, lyrical content, a “big idea,” a musical idiom or vibe, etc… Another thing that I’ve learned is that, in a live music setting (like a church service), there’s a lot more to that communication than simply the notes being played – ie. it’s not OK for me to simply play the right notes and think I’m done. Worship leading, especially, is much more than that.

How we communicate visually can often be as (or even more) important than the quality of the music. Let me give an example… If you see someone you know, and they ask: “How are you doing?” while scanning the distance, or checking their cell phone, it’s hard to believe that they’re really that interested in how you’re actually doing. Conversely, looking someone in the eye and giving visual cues that you’re following what they’re saying shows that you are engaged in the conversation.

In the same way, how we look when we lead (even if you’re not the leader yourself) makes a difference. I have been guilty of getting the notes right, but totally messing up the overall communication. Like singing about joy with a frowny face, or singing a song directed at the congregation with my eyes closed. A really effective way that I’ve found to deal with this is to simply show the vocalists and band members themselves on video…with the sound off. The singers or instrumentalists are allowed to comment – but ONLY about themselves (it can turn ugly really quickly if team members are allowed to criticize each other). It’s amazing how much we ignore the visual and listen to the musical side of things, until we turn that part off…try it sometime, it really works!

BTW, this is a photo of a GOOD example of visual communication!  :  )

Hmmm - well, let's see... I'm a Christian, a husband, a dad, a son, a pastor, a consultant, a musician, a writer, and bits and pieces of a bunch of other things. My work life has followed three main phases - business to teaching to church. I was the Weekend Services Pastor for nine years at Northview Church, an awesome church in the Indianapolis suburbs. I used to work for Willow Creek, another awesome church in the Chicago area. Plus I've written for various magazines and websites, and other freelancy sorts of things... My life mission is to help the church be as excellent as it can be. Oh yeah - the name's Greg. Greg Wallace. But not the race car driver or the major league pitcher or the British celebrity chef. Just the creative worship guy. Hi. It's my hope that these ideas, musings, rants, raves, etc... will inspire you. They're just my opinions - but again, I hope that they'll help to inspire you. Because the church really, really needs inspired creative types. If you're a creative type (and most people are, deep-down), ask God for help. Then take any ideas that are useful to you - borrow them, nab them, use them, adapt them - and make them into something greater... You can head over to my Instagram site for an abundance of shorter posts: creativeworshipideas. If you're looking for consulting - especially on weekend services, team leadership or multi-site strategies - I'd love to help. Just message me here, and I'll be in touch - Greg View all posts by creativeworshipideas